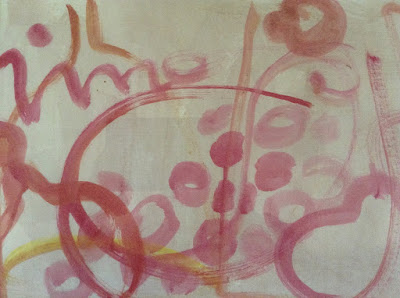 Antonia was born in London in 1959. She grew up in Berkshire but loved South Devon where she was educated at Dartington Hall School. She went on to study painting at Bath Academy of Arts and later spent time in Italy before settling in the Cotswolds. Here she lives and paints from a deep connection with the local landscape , fused with memories of rural Tuscany .
Posted by Alice leach at 01:33 No comments:

A family of vases covered in plantain and horsetail by Philippa de Burlet. The plants were found on a section of the southwest coast path known as The Undercliff which she walked with printmaker Anita Reynolds. 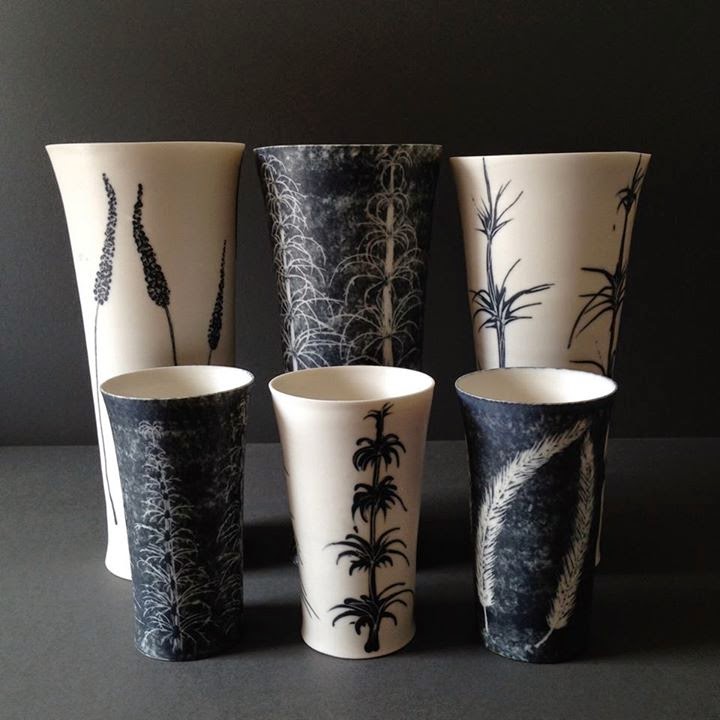 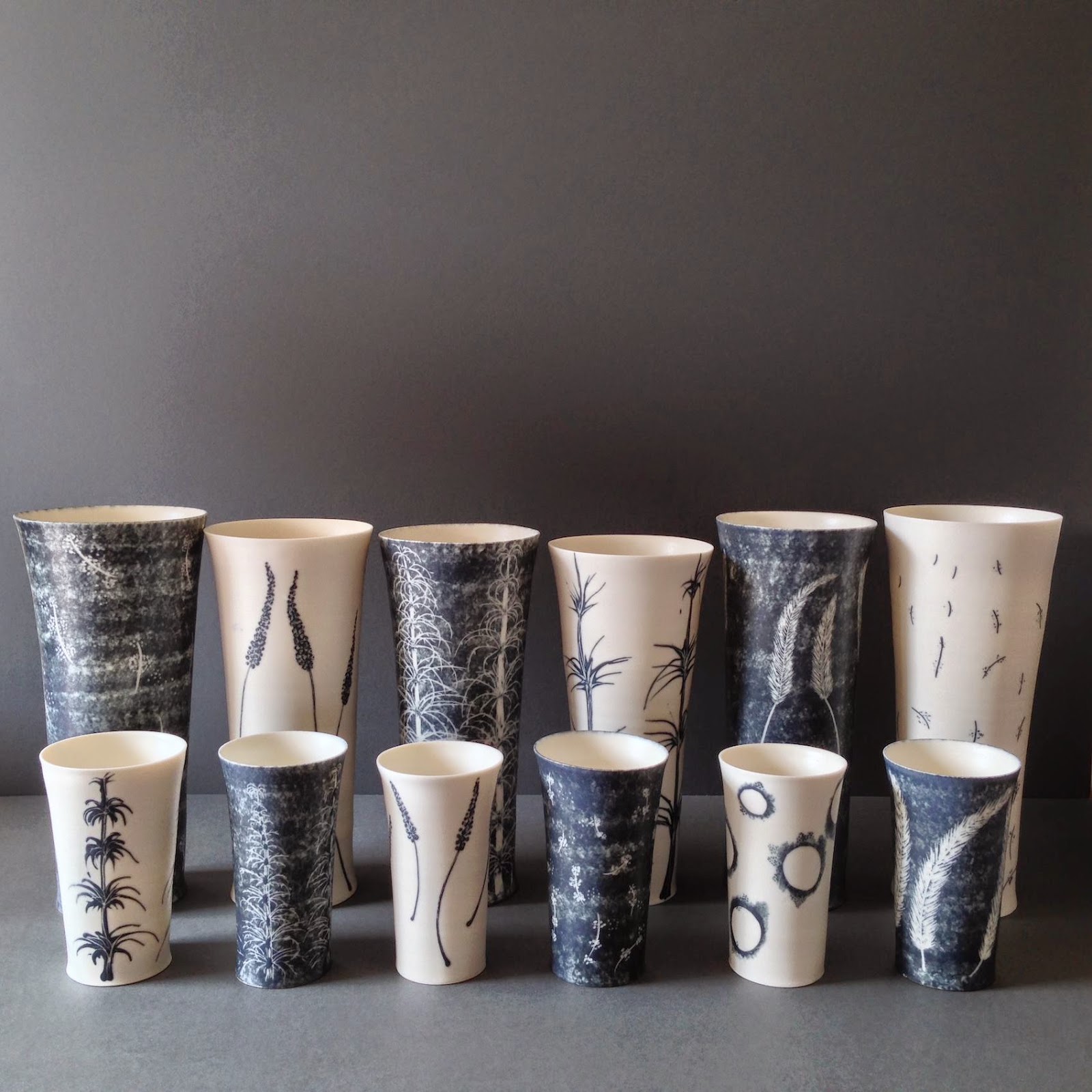 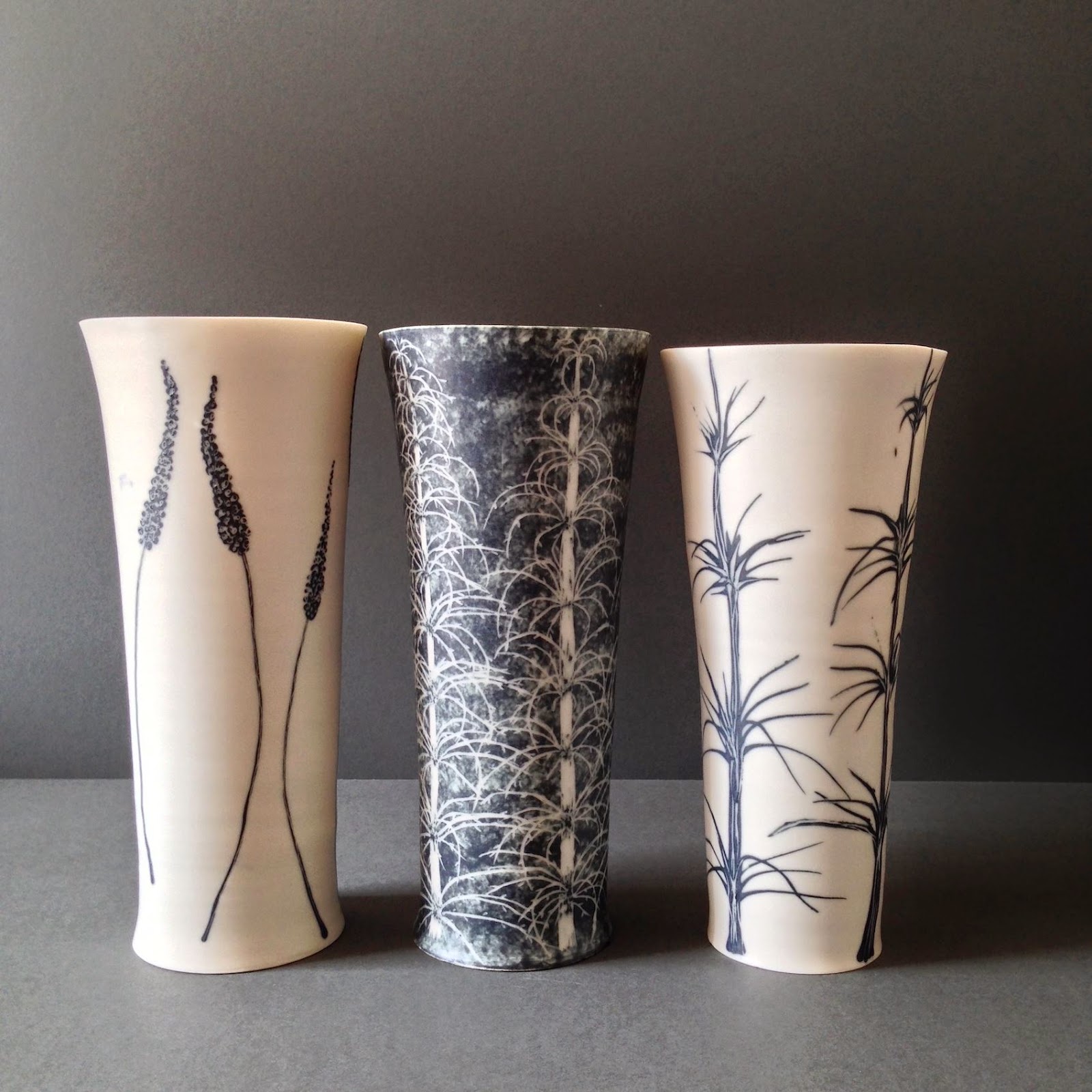 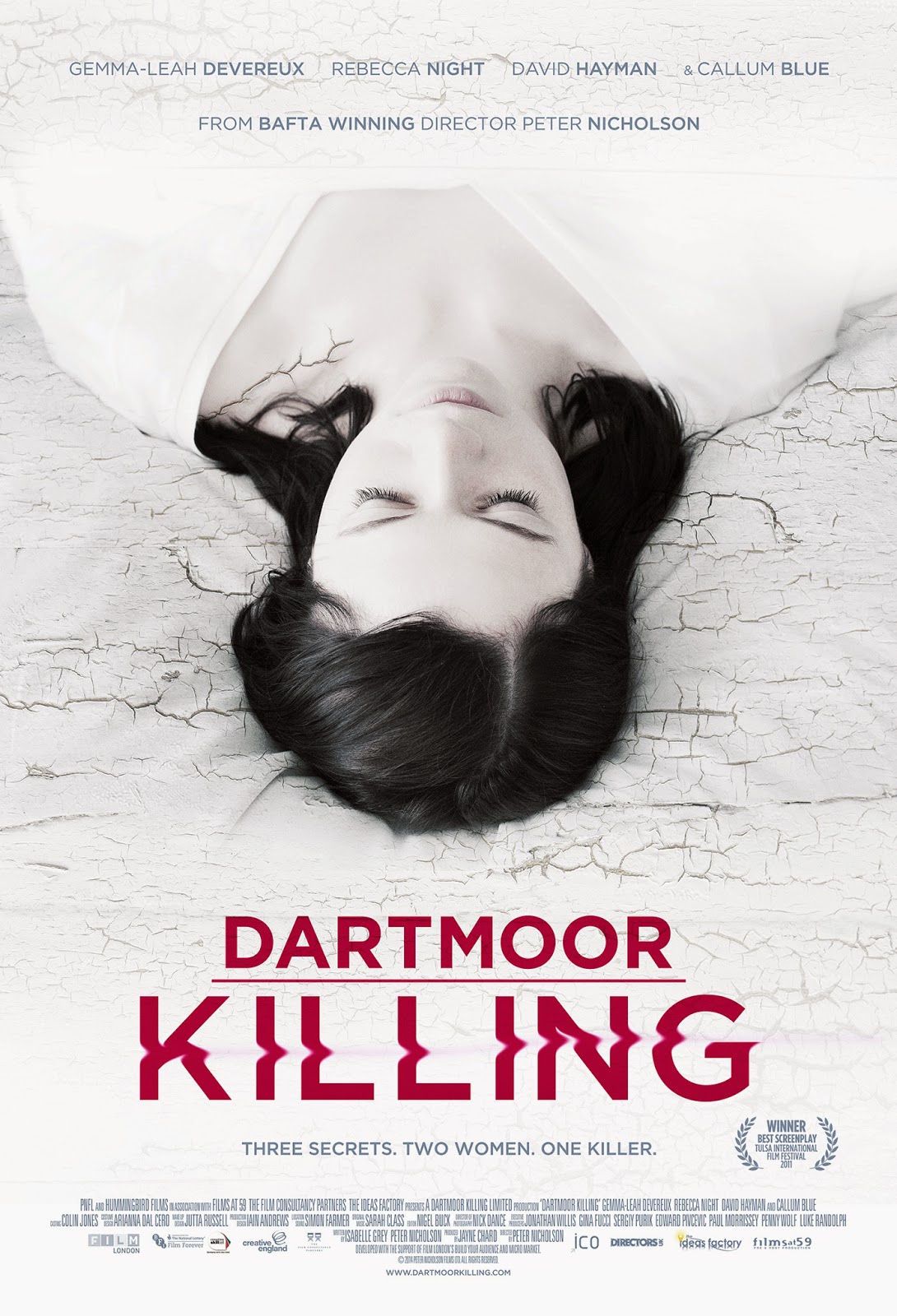 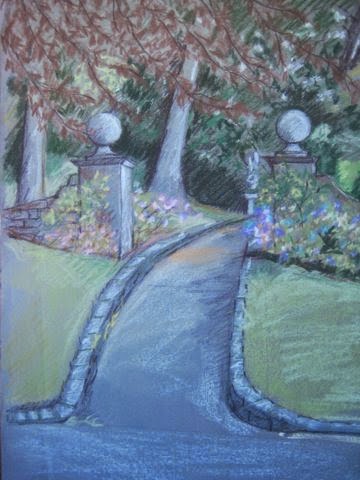 
Pastel drawing of the Hall Gardens at Dartington


Fiona spent a year studying textiles under Susan Bosence after her time at Foxhole and subsequently went on to Bath Academy of Art.

After graduating she dedicated the next 40 years of her life working with some of London's most disadvantaged children and ended up being in charge of a Service of 50 teachers in
Southwark, working - often using art - to re-educate and help children and their families. 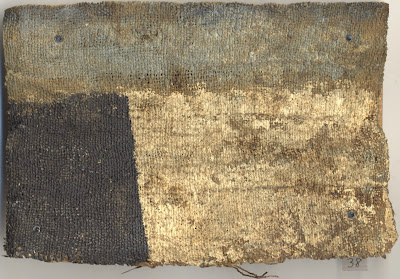 Over the past year, fine art weaver, Susie Gillespie has been growing her own flax, spinning it into linen yarn and then weaving it into cushions and artwork. She will be demonstrating just how she does this, as part of Devon Open Studios, at her studio in the orchard of Yalberton Farmhouse, Yalberton, Paignton from Saturday 7th - Saturday 14th Sept. 9am-4pm weekdays and 11am-6pm on the weekends. 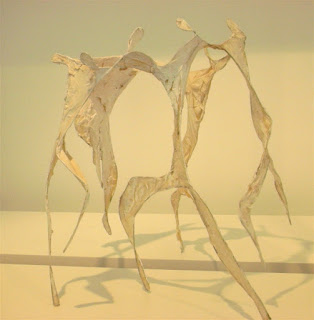 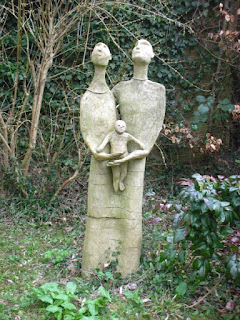 I have just discovered Mary Orrom, a sculptor, who has done a lot to promote the work of other artists who live in her area of Buckinghamshire. She was one of the first to join The Visual Images Group (Bucks Art Weeks) and routinely opens up her studio and garden each year to hundreds of visitors for Open Studios.

“Let’s make a school a place where education is a joyful discovery .... to release the imagination, to give it wings, to open wide the doors of the mind...” 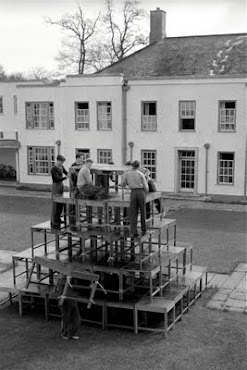 The Power of Place project, led by artist and ex-Dartingtonian Alice Leach, was set up in 2010 to celebrate the cultural legacy of Dartington Hall School 1926 – 1987.

Part of a unique social experiment, Dartington Hall School was in the vanguard of progressive co-education. Founded by Leonard and Dorothy Elmhirst, the school was central to the Dartington Venture – widely regarded by Victor Bonham-Carter as ‘the most important private enterprise ever undertaken in the economic, social and cultural rehabilitation of a rural area’.

Dorothy was the guiding spirit behind the school, having played a leading part in progressive education in America, but Leonard’s unhappy memories of his education at Repton School and his experience working for Rabindranath Tagore in his ‘community’ in W. Bengal, helped cement their joint vision.

The original concept was a school without buildings, where the estate and surrounding countryside were to be looked on as the ‘classrooms’. ‘I want the thing to grow quite naturally out of our own home life and never to mention the word school from the start,’ wrote Leonard. It was to be a school that was ‘prepared to break with a number of outdated, but often unquestioned, traditions from the past.’ All the full-time workers on the Estate were regarded as members of staff, and expected to contribute to the ‘joint adventure’ in learning. Instead of a headmaster there was an education committee.

This initial experiment, between 1926 and 1930, represents one of the most radical attempts of the 20th Century to break down the boundaries between learning and life. As numbers increased both within the school and on the Estate it was clear that this approach had to change.

W. B. Curry, the first ‘Director of Education’, appointed in 1930, was convinced that progressive education would usher in a ‘Brave New World’, producing saner humans capable of solving political problems without war. Writing in 1934, in his book, The School he explained, ‘A modern school is one which recognizes that the social order must be radically changed if civilization is to survive at all, and which also recognizes that education will have perhaps the most difficult and the most important part to play in the changes which must come about.’

Among the 20th century’s leading private patrons of architecture, the arts and education in England, Dorothy and Leonard saw the arts as integral to their vision and wanted artists to contribute to the education of children at the School. Dorothy was particularly passionate about them, arguing ‘if at Dartington we aim to provide a full and balanced life, then it is essential to include the arts.’ Not surprisingly the School became a Mecca for imaginative parents including Jacob Epstein, Barbara Hepworth and Ben Nicholson, Aldous Huxley, Sir Clough Williams-Ellis and Bertrand Russell.

In the thirties, Dartington became a vibrant, virtually international artistic centre with many cultural refugees fleeing Nazi persecution. Hein Heckroth, designer to the Ballet Jooss, who trained at the Bauhaus, but was blacklisted by the Nazis because his wife was Jewish, Cecil Collins, the painter, and Willi Soukop, the Austrian sculptor, were all resident at the Hall. Naum Slutzky, who also trained at the Bauhaus, taught metalwork to a youthful Lucian Freud. Bernard Leach and his son David taught pottery and the American Abstract Expressionist Mark Tobey was the school’s resident artist.

Other departments were equally international. Kurt Jooss and Sigurd Leeder brought their dance school from Essen to escape the rising tide of Nazism. Michael Chekhov, a Russian refugee, was invited to set up a Theatre Studio and Hans Oppenheim, assistant conductor at Glyndebourne, was asked to initiate some opera. ‘By any standards it was an extra-ordinary set-up – the first highly professional arts centre of its kind in England. Sadly the outbreak of war brought it to an end…’ 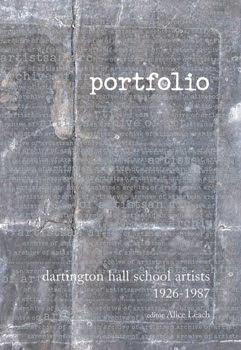 Portfolio - Dartington Hall School Artists 1926-1987. Specially published for 85th Anniversary a collection of images and poems by ex-Dartingtonians, staff and pupils. On sale for £15 a copy. More than one copy on sale for £10 each. For more details Contact Me.

The following list is a small proportion of artists from Dartington Hall School with websites. Scroll down to labels for more artists.

Some of our Exhibition Supporters

Promote Your Page Too